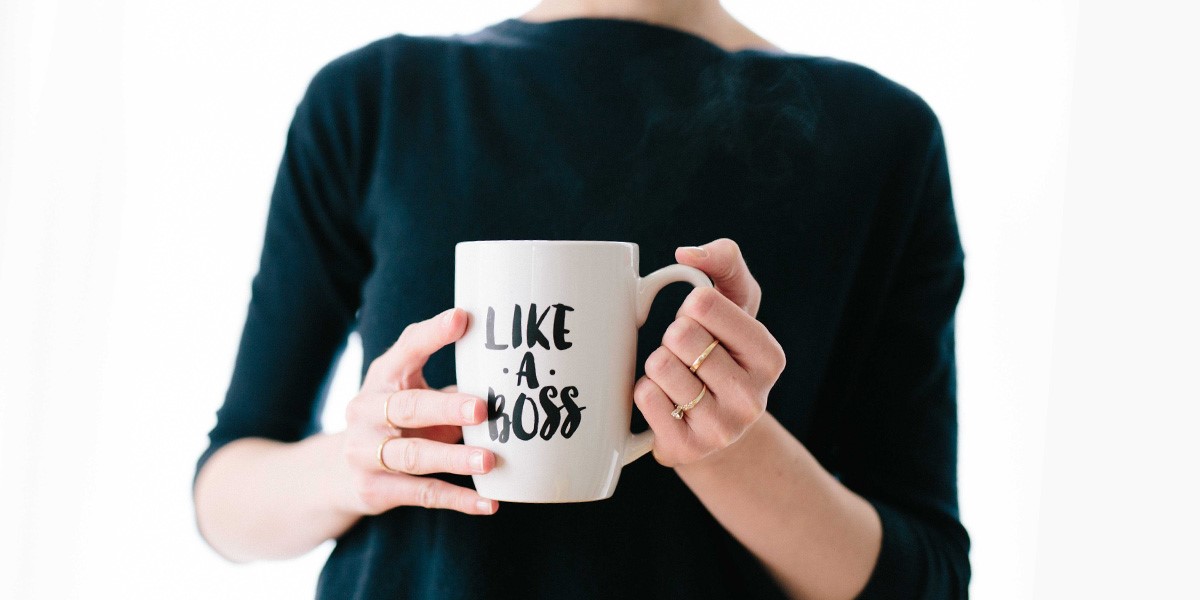 As of 2017, nearly 47% of the American labor force is composed of women. And while the discrepancy between men and women in positions of power persists, this trend towards more balanced gender representation is having a noticeable effect: namely, more women leaders today have succeeded in rising the corporate ranks, but only a few of the world’s most influential companies now have a female CEO at the helm.

A common trait shared by many powerful women leaders is the determination to overcome the challenges of rising through the ranks of a still male-dominated field or organization — as well as the vision needed to achieve their goals. These five dynamic, inspiring women leaders remind us that it’s possible to claim a seat at the table, build a flourishing personal brand, and create movement through passion and dedication.

Mary Barra, who has worked at General Motors since the age of 18, paved a unique path to the top. After completing her MBA at Stanford University, she has held a variety of administrative, engineering, and executive roles within GM, including Executive VP of Global Product Development, Global Purchasing, and Supply Chain. Along with her responsibilities as CEO, Barra chairs the GM Board of Directors and sits on the board at Disney.

The business mogul, who has been named one of Bloomberg’s 50 Most Influential People in the World, let Fortune in on her secret to success: “Figure out what you’re passionate about and work hard. There is no substitution for dedication.” In 2014, Barra became the first female CEO of a major automotive manufacturer, proving that hard work and dedication can pay dividends.

Ginni Rometty joined IBM as a systems engineer in 1981 and steadily rose through the ranks, eventually attaining directorial positions in global sales, marketing, and strategy. Since being named President and CEO of the company in 2012, she has been widely recognized for her leadership skills, earning a spot on TIME‘s list of the 20 Most Important People in Tech and Fortune‘s 50 Most Powerful Women in Business.

As IBM’s first female CEO, she has said, “Women need role models — there’s still a small minority who are running major businesses.” For her part, Rometty has certainly positioned herself as a role model for women across the globe who are pursuing leadership roles in business and tech.

In 1999, Susan Wojcicki became the 16th employee at Google — and its founders, Sergey Brin and Larry Page, set up shop in her garage in Menlo Park, California. Since then, Wojcicki has established herself as a tech visionary with shrewd business acumen, becoming Google’s Senior VP of advertising and commerce and spearheading the launch of Google Analytics. When she learned about YouTube, an emerging video sharing platform competing against Google’s video service, she proposed an acquisition, and in 2006, orchestrated the $1.65 billion purchase.

Since being named CEO of YouTube in 2014, Wojcicki has lifted the site’s worth to an estimated $90 billion, and has made it a priority to sweep the site for policy-violating content, bots, and hoaxes. She credits her leadership success to her flexibility and willingness to adapt to new situations. In 2014, she told The New York Times, “Things are always changing. Part of being successful is being comfortable not knowing what’s going to happen.”

A graduate of Harvard University, Sheryl Sandberg has served as Chief of Staff for U.S. Secretary of the Treasury Lawrence Summers and held the position of VP of global online sales and operations at Google, where she helped develop profitable digital advertising programs. She’s known for her international bestseller Lean In: Women, Work, and the Will to Lead, a roadmap for personal and professional growth and a call-to-action for women to achieve their highest potential.

In all she does, she champions female leadership, joking at a 2016 Teach For America event, “We don’t always encourage leadership in women. Instead of calling your daughter ‘bossy’, start saying, ‘My daughter has executive leadership skills.'”

As COO of Facebook, Sandberg has played a key role in driving revenue for the social network, while strategically outlining the site’s plans to crack down on fake news and enforce its user policies more strictly. She cites accountability as a major key to business success, saying: “Take responsibility. Don’t say, ‘The project didn’t get finished because my colleague didn’t do his part’; say, ‘The project didn’t get finished because I didn’t set up a team in which my colleague wanted to do his part.’ When you take full responsibility, you are empowered to achieve.”

After attaining degrees in business administration and economics from the University of Alabama, Marillyn Hewson attended executive development programs at Columbia University and Harvard University. Since joining Lockheed Martin in 1983, Hewson has held executive roles ranging from President of logistics services and VP of electronic systems to Executive VP of global sustainment for aeronautics. In 2012, she was elected to the company’s board of directors — and concurrently sits on the boards of both Sandia National Laboratories and DuPont.

Since taking over the role of CEO of Lockheed Martin in 2013, Hewson has more than doubled the market cap for the global security and aerospace company. She is consistently ranked among the most powerful women in the world by both Fortune and Forbes, and debuted in 2017 on the Harvard Business Review’s Best-Performing CEOs in the World list. “I have a sense of responsibility to do my best,” she has said, “whether that means being the best mother, the best manager, or the best friend — while understanding that most of us rely on a team to help us succeed.” To other ambitious women, she offers this advice: “Get out of your comfort zone — take the risk. I think you’ll find that you’re capable of taking on more.”

What These Women Leaders All Have in Common

Each of these women leaders embodies accountability at the highest level. Why is this significant? Accountability instills trust in a team, fosters courage to take appropriate risk, and empowers people to find solutions–even to the most daunting challenges. Key role models who demonstrate and drive accountability, culture, and results show women globally how to advance as high-impact, more inspiring leaders.