Unfavorable beliefs inhibit sales. Like bad habits, they are really hard to change--but not impossible. 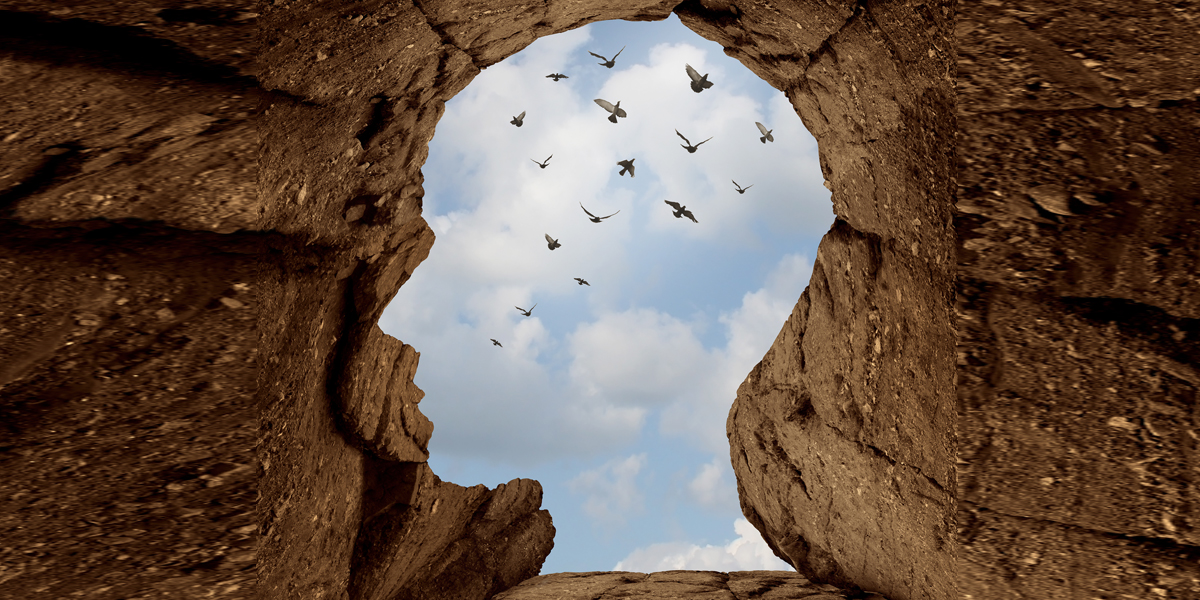 Dave Parker specialized in selling products to pediatric endocrinologists. As a seasoned pharmaceutical sales professional, the bookshelves and walls in his office were decorated with impressive awards for excellence. Part of his success stemmed from his friendly nature. With a ready smile and warm personality, Dave’s customers loved him, and rightfully so. He had a knack for getting to know his customers, earning their confidence and trust, and winning them over with stellar customer service and product knowledge.

Imagine his frustration when, over the years, Dave’s sales record tumbled from great to fair to poor. He watched other reps take home those prized crystal awards. The sales leadership delivered an ultimatum: If he did not show marked improvement, they would reconsider his future with the company.

This came as quite a shock. Hurt, angry and a little scared, Dave thought about his situation. He was visiting people who had been his customers for decades, he was using the same tried-and-true sales approach that had served him so well over the years, and he could still count his customers as true and loyal friends. What the heck was going wrong? Why had his customers been slowly buying less and less of his product line?

Fortunately, Dave worked for a brilliant sales manager, who helped him navigate out of his predicament. It started with asking for, receiving, and carefully listening to honest feedback from his customers.

“What, exactly, do you like and dislike about our products?” Dave started asking customers. “Do you think I provide good service? Would you, as a friend, suggest I do anything differently?”

Within a few weeks, a clear picture of his customers’ beliefs emerged, and it surprised him.

Dave’s customers, it turned out, believed that Dave had lost his energy and effectiveness. Oh, they still loved to see him come into their offices, they felt perfectly comfortable around him, and, yes, they counted him as a real friend. But all that comfort had become his worst enemy.

Somewhere along the line he had stopped selling with the same zeal and emphasis on excellence that had made him such a super salesman. He was just resting on his laurels and going through the motions, no longer dazzling his customers with his technical knowledge and sensitivity to their needs. As a result, his competitors were eating his lunch.

Rather than blame his customers or his products for his poor numbers, Dave accepted their beliefs and determined to change them. But that’s when confirmation bias reared its ugly head.

Psychologists use the phrase “confirmation bias” to describe the phenomenon that people tend to cling to their beliefs even when presented with facts that disprove their beliefs.

Later, the researchers asked, “Does a successful firefighter take a cautious or risky approach to the job?”

Subjects who had heard George’s story said, “Cautious, of course.”

Those who had heard Frank’s story strongly disagreed.

As the researchers noted, even after the subjects were told their beliefs were based on lies, they clung to their biases. Beliefs, like old habits, are hard to change.

How to Shift a Belief

Dave understood that it had taken years for his customers’ beliefs to evolve; it would take a lot of time and hard work to change them.

The key was not just presenting his customers with new facts but creating new experiences that would show them, beyond a shadow of a doubt, that they could rely on him to deliver the very best products, service, and overall customer experience.

He convened client meetings where he reviewed key technical information about his product line, drew out important concerns and questions about his products, and invited completely candid feedback about everything he said and did. That feedback proved that he was making slow but steady progress toward turning things around.

Here’s an important point to remember: a person’s beliefs are not wrong, even if they run counter to your own beliefs. When Dave began to change his customer’s negative beliefs, he said, “Help me understand why you feel that way. I’d like to change the unfavorable beliefs about me by creating a new set of experiences for you.”

Eventually, he began to see his numbers rise. As few more orders came in each month, the leadership team could see a trend developing. He was meeting their expectations for improvement.

A year later he heard his name called at the company’s annual awards banquet. No past award meant more to him than the one he took home that night: “Most Improved Sales Professional.”

“I knew how far I’d come and how many customer beliefs I’d had to change along the way,” Dave later recalled. “And standing there, soaking in the applause from my peers, I realized that some of the most important beliefs I had been able to change were those held by the people standing in the room. I’ll never forget that experience.”

Every sales professional confronts customer objections, i.e., reasons for not buying. The seasoned ones have learned the art of anticipating the customer’s objections and figuring out how to overcome them. But that only grazes the surface.

Where do objections (negative perceptions) come from? From experiences accumulated over time. Objections spring from beliefs. You can only overcome them by taking a different approach: digging deep beneath the surface and discovering their origin, as Dave Parker did.

← There Are 2 Extreme Leadership Styles. Knowing Which Way You Lean Can Propel Business New Startups Have Nothing on This 127-Year-Old Family-Owned Business →