Fostering a Culture of Accountability in Higher Education 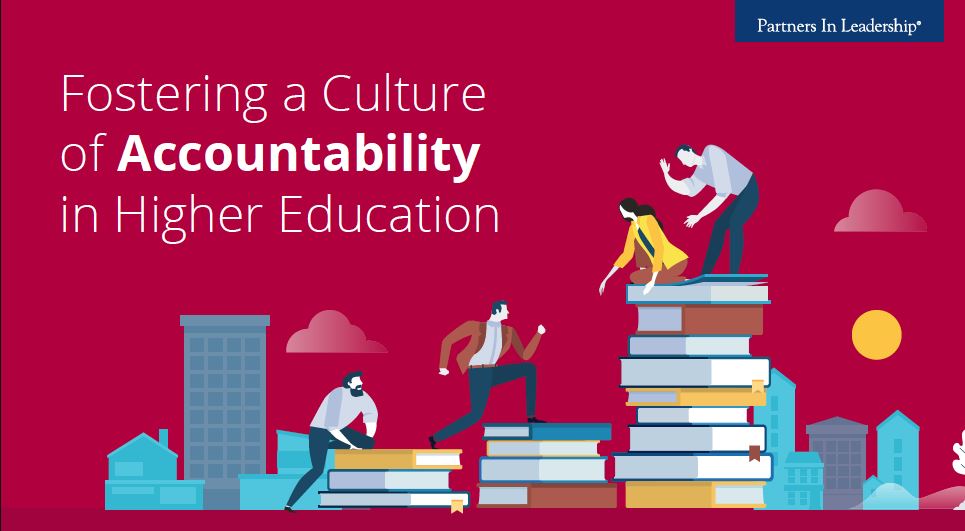 Lone Star College (LSC), a Texas-based community college with six campuses across the Houston area, has a reputation for fostering success both among students and employees.

Lone Star College is currently the 4th producer in the U.S. for associate degrees awarded among 1,100 community colleges nationwide, is the largest institution of higher education in the Houston area, and one of the fastest-growing community colleges in the nation. LSC serves over 99,000 credit and non-credit students and has over 7,500 employees. Over the past ten years, the school has enjoyed an 86% graduation rate among students, placing it among the top five producers of associate degrees in the country.

But even the most successful organizations can struggle with accountability. Lone Star was suffering from an employee morale problem.

As such, new Chancellor at the time, Dr. Steve Head, immediately recognized the organizational challenges facing the college when he began in the role. Some of the challenges included:

To address these challenges, the administration decided to adopt a new culture management strategy. Lone Star College began its culture transformation learning initiative and partnership with Partners In Leadership’s Lead Culture program in August of 2015. This collaboration created the momentum and focus necessary to making the shifts needed in the culture to achieve results and set the college on a path towards accountability that Lone Star is still traveling today.

Let a Culture of Accountability Permeate Everything You Do

Practically everything the college does today is influenced by what they’ve learned about how to change culture and promote accountability. In fact, when the initiative got underway at Lone Star, one of the first steps they took was to create branded visuals with encouraging messages to serve as constant, vivid reminders of the ongoing cultural shift. The movement was branded “LSC 2020,” and the lapel pins, posters, and other materials were meant to remind them not only of the school’s new cultural goals, but of the educational outcomes they

hoped a more accountable culture would help them achieve. They even decorated the inside of some campus elevators with LSC 2020 branded visuals to spark conversation about the culture shift among faculty and students.

When asked how they fit the implementation of an accountability culture into their already busy schedules, Melissa Hinshaw, Lone Star’s Manager of Organizational Development, gave a telling response: “It’s not something else we have to do,” she explained. “It is our responsibility to coach culture as part of everything we were already doing.”

Leaders Need to Coach, Not Do

That notion of coaching is imperative to the Lone Star team. Alicia Friday, Director of Organizational Development explains how coaching works at Lone Star on a day-to-day basis: “When the president of one of our colleges or any other leader comes to us with a problem, we don’t fix it for them. Instead we are able to coach and consult on how the culture can bring value to them.” The team then expects that person to address the problem at hand by implementing policies that create an accountability culture.

Debbra Esparza, Lone Star’s former Executive Director of Organizational Development, echoes this idea. “I can coach and provide tools and lead using [cultural] models, but it is up to them to come along.” The team is very intentional about this practice — in fact, they meet regularly to discuss best practices and plan for upcoming training opportunities. This operationalized collaboration brings a crucial level of consistency to the culture-shifting process.

One of the most fascinating aspects of Lone Star’s implementation of an accountability culture is just how far-reaching that culture must be in an organization like theirs. With six distinct campuses, this leadership team has found that not every group will absorb the culture at the same rate or with the same enthusiasm. Psychology and sociology departments, for example, showed a greater enthusiasm and willingness for early adoption than the math and engineering departments. And that’s okay, so long as the team continues to integrate accountability culture into everything they do, they find that even early skeptics tend to come around eventually. Lone Star College’s cultural efforts have brought national attention, including Partners In Leadership’s The Ozzies™ Gold Award in the education category for excellence in accountability, leadership, and culture. It is clear that the school will continue to thrive as both an educational institution and an employer in the academic space

Download the original eBook: Fostering a Culture of Accountability in Higher Education

← What is the Difference Between Managers and Leaders? How This Hospital Earned a National Award for Patient Safety and Quality →