From Great to Excellent

For some organizations, being good isn’t good enough, they need to be great. And for great organizations, oftentimes great isn’t enough, they need to be the best. Redstone Federal Credit Union (RFCU) of Huntsville, Alabama, is one such organization. With 24 branch locations and 830 employees, RFCU leaders cherished their organization’s outstanding track record of success, but they also operated by the principle to always do what needs to be done to improve the customer experience for their rapidly growing membership. Their only challenge? They needed to know what else they could do to deliver even greater success.

“Is the credit union better because of us?”

RFCU was successfully hitting their numbers for years, and diagnosing their situation was easy:

So what’s the problem? For many companies, there isn’t one, but for RFCU, they felt that they could be so much better; after all, one of their core values is Excellence. Rather than waiting for a big problem to surface, they sought out any small problems they could find—they knew they could do more, they wanted to do more of the right things, and they firmly believed that whatever problem they found would actually be an opportunity for growth.

RFCU, with their commitment of excellence for their members, board, community, and team, decided to look within their organization for answers.

Looking inward, RFCU conducted an internal survey of their entire management team. The findings from the survey led to a two discoveries:

“We know we have had financial success in nearly every metric that we evaluate. However, we asked ourselves, how much greater could we be if we got our culture right?”

Believing that a more collaborative environment could accelerate their success, the RFCU leadership team decided that a change in culture would get them there.

RFCU first invited our expert practitioners to consult with their executive team and then introduce them to the impact that positive accountability can have on the workforce. After their first workshop, the leadership team immediately experienced the impact of our content and saw even greater potential and need for the broader, more unified RFCU team. Their next step was getting their entire staff aligned and trained.

In 2014, RFCU launched an enterprise-wide rollout of the Self Track: The Oz Principle Accountability Training, to their 830 employees across 24 branches. The training included a series of assessments, workshops, and ongoing support from Partners In Leadership. And in 2015, to sustain the momentum, they quickly followed up with the Culture Track: The Cultural Transition Process; again rolling it out to all 830 employees. 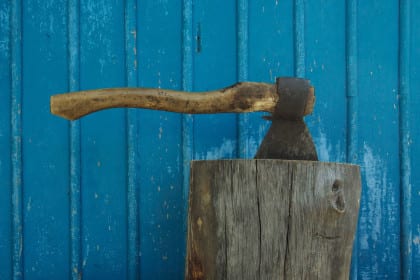 One of the key factors to the success of any change management is that it is demonstrated from the top on down—and RFCU excelled at this.

To start, the senior leadership team wrote down all of their grievances and disagreements with one another on a “Paper” hatchet.  Then, they ceremonially dug a hole and buried them. This experience, which they called “Burying the hatchet,” quickly made one thing apparent to the team: This culture change was for real.

Next, each training session they conducted was kicked off by someone on the senior leadership team, ranging from the CEO to a vice president, so that the compelling case for change was delivered effectively and purposely to the staff. To show their commitment to this effort, it was announced that two executives would be in each workshop to help answer questions.

By modeling the right behaviors and creating the right experiences, the leadership team was able to get their employees to buy-in to the culture change and feel the need for it.

“One organization, one team, with one mission.”

In less than six months, their already good culture began to experience a dramatic transformation. Post-implementation assessments showed vast improvements in multiple areas and RFCU was experiencing breakthroughs in cross-collaboration and traction around strategic alignment. And this showed in the results they achieved. For instance:

Congratulations to the RFCU team on their journey from great to excellent! 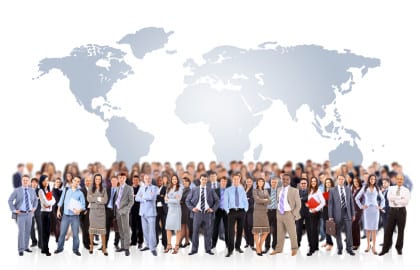 Would you like to learn how to
Transform Your Culture?