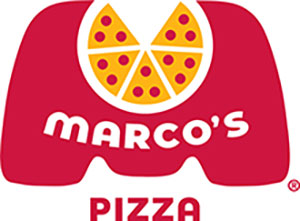 Taking a Bigger Slice of a $45 Billion Pie

Marco’s Pizza chairman and CEO Jack Butorac acquired the franchise rights to the chain in 2004, with the explicit goal of turning the little-known Ohio operator into one of the country’s biggest pizza chains. Today Marco’s is well on its way toward that goal.

Marco’s Pizza chairman and CEO Jack Butorac acquired the franchise rights to the chain in 2004, with the explicit goal of turning the little-known Ohio operator into one of the country’s biggest pizza chains. Today Marco’s is well on its way toward that goal.

But Butorac wasn’t always convinced that would happen. In 2012, Butorac and current president Bryon Stephens were addressing franchisees at the chain’s annual convention. Marco’s had one point-of-sale system at the time and didn’t want another. Area representatives wanted another system to be approved—the same one used by Marco’s founder Pat Giamarco, who operated 126 locations at the time as a franchisee.

The area representatives told Butorac they wouldn’t add locations if the company didn’t approve the vendor. Butorac asked attendees to stand if they agreed with that. Every attendee stood. “That really shook me up,” Butorac said. “I looked at Bryon and said, ‘Here I hired you to build stores, and we’re going to have no one to build them.’ That night I came home and told my wife, ‘We’re never going to hit 500 stores.’”

Overcoming that challenge required some soul searching by Marco’s management, and a focus on getting them aligned with franchisees. “That was the most difficult time that I can recall off the top of my head, where I had serious concerns about where we were going to take the brand,” Butorac said. “That was tough. We just weren’t aligned.”

Butorac’s experience heightened those concerns. He worked at KFC when it was owned by Heublein Inc., before it was sold to PepsiCo and later spun off as part of Yum! Brands Inc. He recalled the difficulties the franchiser had with KFC operators and didn’t want to see that happen at Marco’s. He saw the misalignment between management and area developers as a major hurdle that could keep Marco’s from growing—and Butorac was determined to grow.

“I can’t accept not growing,” he said.

The longtime restaurant executive has worked at Hormel, Fuddrucker’s, and Chi-Chi’s Inc., among other companies. He tried to retire but was working as a consultant in 2002 when he took a job analyzing Marco’s for a client who was looking at investing in foodservice brands. Giamarco, an Italian immigrant, founded the chain in 1978. The recipes were based on those he had learned from his parents and grandparents. “When I first tasted Marco’s pizza, what hit me was how good the product was,” Butorac said. “It had a great flavor. It had a lot of toppings. It’s a family recipe that hasn’t changed since it was started in 1978. It’s a fantastic product.”

Butorac saw something else in the chain that piqued his interest: A replicable business model. As part of his research, he drove from his home in Louisville, Ky., to Ann Arbor, Mich. He visited five different Marco’s locations and ordered the same menu item at each one. “I saw that whoever the guy was [Giamarco]—and I didn’t know him at the time—he had created a product and had an operational discipline that was easily replicable,” Butorac said. “That’s the hardest thing in the industry, to get people to do the same thing.”

That evening, he ran into Giamarco. “I told him, ‘You’ve got a national brand and you don’t know it. You’ve accomplished the hardest thing, and that’s operational discipline,’” Butorac said.

When Butorac bought the franchising rights to Marco’s, he aimed to turn the regional chain into a national powerhouse. “We’ve got a great brand,” he said. “At the time, I said I wanted to be the fourth largest pizza chain. As you know, Little Caesars has turned around significantly since then, and is now No. 3, so I’ll settle for five.”

During the recession, when financing for franchises ground to a halt, the company and its CFO at the time, Ken Switzer, took steps to assure banks of Marco’s financial strength. Switzer brought in bankers and other experts for a “think session” about what they needed from Marco’s to improve operators’ chances of getting loans. “We had to grow,” Butorac said. “Not because of financing. Not because we had our heads against the wall from banks. We had very little debt. We had to grow because we have a great brand. To Ken Switzer’s credit, he asked, ‘What are the obstacles you have, Mr. Financial Institution, and how can we help you overcome those?’”

Stephens brought with him services and analytics to help with real estate decisions and other issues to help operators find the best locations. Butorac said executives would routinely meet off site to discuss problems and solutions. That helped with the alignment that he said is so important to a chain’s success. “Not everybody has the same values,” he said. “You have to be aligned. Management has to be aligned. The franchise community has to be aligned.”

That brings us back to Marco’s annual convention in 2012. Afterwards, Butorac went fishing with executives from Hormel, who told him about leadership training from consultant Partners In Leadership. Marco’s engaged the firm to get suggestions on how to deal with area representatives and franchisees, and align the two sides. Ultimately, executives worked with the group and approved the second POS vendor.

Today, Marco’s is the seventh largest pizza chain in the U.S. Butorac brought with him a group of executives, including Stephens, who had spent years as a franchising executive for Long John Silver’s and Yorkshire Global Restaurants, before it was sold to what became Yum! Brands. The executives set about aggressively growing, using area developers to open franchised units and then taking innovative steps to solve problems.

Marco’s hit 500 restaurants, and it surpassed that number three years ago, reaching 770 locations by the end of 2016. It’s also one of the fastest-growing chains in the country, according to NRN [Nation’s Restaurant News] Top 200 data.

At Marco’s annual convention the following year, the area representatives’ president interrupted Butorac’s opening comments to applaud management for working with the group. Again, everyone stood. “I still find this time very emotional,” Butorac said. “I must admit, in front of that group, tears came to my eyes. We all worked very hard during the year on becoming aligned and building the brand. My dream was happening.”