Red, White & True: 7 Principles for Success from Our Founding Fathers

Corporate leaders can develop stronger leadership skills and drive sustained results for their organization with these key lessons from the forefathers of democracy.

To overcome the challenges of launching a new business venture, gain buy-in to your vision, and achieve sustained success for your organization, look no further than the words of our Founding Fathers.

These leaders were tasked with laying the groundwork for a new republic, aligning the people of the United States around a common vision, and creating a culture that would sustain long-term success. Though you’re more likely to be spearheading a company than a country, these seven principles from America’s original leadership team can position any organizational culture for long-term success

“It is better to offer no excuse than a bad one.” -George Washington

During the Revolutionary War, George Washington and his allies could have chosen to give up and retreat on any number of occasions, blaming their shortage of resources, lack of training, or the overwhelming threat of their opponent. But instead, they persevered through Valley Forge winters and devastating battles, eventually securing a monumental victory against the British in the Battle of Barren Hill. 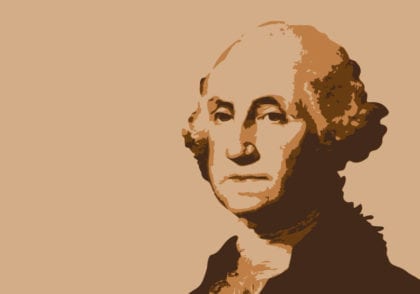 When failing to achieve desired results in the workplace, it can be tempting to fall into a pattern of assigning, rather than assuming, blame. You might blame your boss, your colleagues, a competitor, the current economic climate, or any number of other factors as the cause for your failure. However, pointing fingers does nothing but impede progress. As Washington demonstrated, sustaining forward motion demands taking ownership of results. Rather than devoting valuable time, energy, and resources to shirking responsibility, focus on what you can control and take the initiative to achieve your team’s and company’s objectives.

“Do you want to know who you are? Don’t ask. Act! Action will delineate and define you.” -Thomas Jefferson 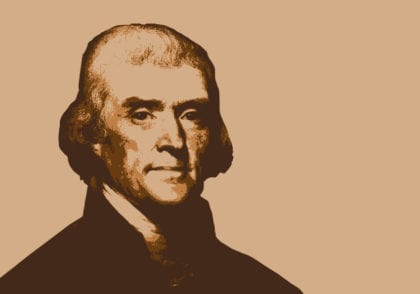 As a leader, when you identify gaps between current results and the results you want to see, it is your responsibility to take action to facilitate change.

Three years ago, the leadership team at a large manufacturing company had made a $100 million investment in new infrastructure for their organization, which included factory upgrades and new equipment purchases. They felt confident that these changes would bolster their productivity — yet six months later, profits had flat-lined.

The problem was that, alongside these technological updates, the organization had not done their due diligence to address the underlying workplace culture. After investing time and resources in improving their organizational culture and prioritizing employee engagement, they saw their KPIs skyrocket. This goes to show that proactively fostering the workplace culture that you envision for your organization drives success.

“Always stand on principle…even if you stand alone.” -John Adams

Like Adams, leaders are making decisions every day, and often those decisions can easily be misinterpreted or even distorted as they are communicated through an organization. It becomes imperative that leaders not only communicate the “what” and the “when” but also connect their teams to the “why.”

Adams’s ability to engage people in a cause by providing a compelling why became instrumental in persuading the Continental Congress to declare Independence. Not only did he advocate for change but led by example in becoming the foremost advocate for the creation of Declaration of Independence.

Leaders engage people beyond daily activity to include a better collaboration in the workplace. They engage their teams by connecting them to the “why” and then they set the example for others to follow. 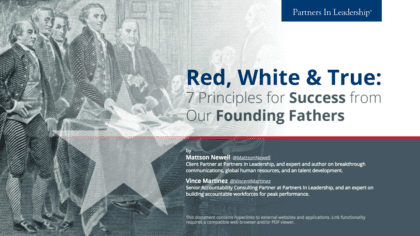 Red, White, and TRUE: 7 Principles for Success from Our Founding Fathers

Learn all the principles and master the insights from our founding fathers in our newest eBook, Red, White, and True: 7 Principles for Success from Our Founding Fathers. Master how accountability at work and leadership are the foundations for any successful organization.