The Power of The Results Pyramid: Achieving Sustainable Culture Change

The Results Pyramid® is a model of human behavior leaders use to make culture change happen effectively, accurately, and efficiently in an organization or team.

Picture these scenarios: Performance is plummeting, and you can’t seem to turn it around. Safety incidents are on the rise, and employees won’t follow protocol. Team morale is low, and not even that big bonus moved the needle. Even as leaders develop new procedures, create action plans, and work through the change management process, many are challenged to gain buy in for their strategic vision. Why?

Too often, leaders focus on changing behavior without addressing the root cause of performance: the beliefs that guide actions.

This is the foundation of The Results Pyramid model, a simple, powerful way of understanding

the connection between culture (the way people think and act) and the results that are achieved. Leaders use the model to create culture alignment and develop a flourishing, cohesive, collaborative team dedicated to achieving an organization’s must-deliver results.

A Bottom-Up Approach to Achieving Success

Leaders often make the mistake of working only the action layer of the pyramid. They create new action plans, new policies, new procedures, new organization structures — in hopes of transforming results — only to find that nothing has really changed in the way people think.

“Coerce and compel” or “wait and see” leadership tactics don’t work — at least not for the long haul. To change the results an organization is getting, effective leaders create new experiences that generate or reinforce desired cultural beliefs that drive new actions and deliver the desired results.

You have to start at the bottom to get to the top!

The Results Pyramid in Action

Putting The Results Pyramid into Play in Healthcare: Inova

When visiting various units, Susan T. Carroll, Regional Executive Officer, Eastern Region at Inova Health System, a world-class healthcare provider, noticed that fall mats were not being used in many rooms. After asking why, she discovered that some nurses had removed the mats after hearing that nurses in other units had tripped over them and fallen. But while the staff had solved one safety problem, they had introduced another, putting patients at risk by removing mats for buffering any falls.

Concerned about these reports of staff injury, Carroll investigated further and discovered something surprising: not one incident of nurses tripping on the mats had been reported to the worker’s compensation firm over the previous five years. Unfortunately, it seemed, a one-off story or rumor had created a widespread belief within the organization — that fall mats caused staff injury. Carroll recognized a critical opportunity for shifting this belief.

Carroll shared her findings with the nursing staff. She underscored the data by relaying a recent event: a new mother at their hospital dozed off while nursing her 24-hour newborn. The baby fell from the bed and, with no fall mat to protect him, suffered a traumatic brain injury. The story hit home emotionally for the nurses. From that day forward, the mats were used without exception and the hospital has gone over 15 months without a single serious injury due to falling.

Carroll and her team continued to use storytelling — a powerful way to create experiences by proxy —  to shift other underlying beliefs that were working against the organization’s Key Result of Zero Harm (the goal of ensuring that no patients are harmed as a result of their experiences in the healthcare system). Morning huddles, management meetings, and even e-briefs opened with storytelling around the patient experience. “We made a story out of every patient harm, which helped employees connect back to the purpose we set out to achieve — the result of Zero Harm,” Carroll said. 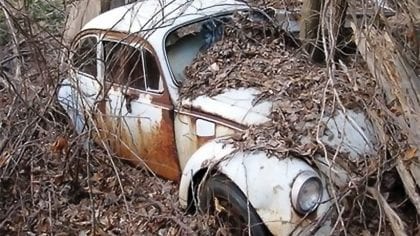 When new plant manager Tim Peoples joined the Ocean Spray plant in Kenosha, Wisconsin — the plant responsible for producing and packaging 80% of the country’s cranberry sauce — it didn’t take long for him to realize that the company was desperately struggling with its performance, safety, and employee satisfaction ratings. After a few weeks on the job, the VP of manufacturing provided Peoples with a picture of a broken-down, rusty Volkswagen Beetle and explained that this was how senior leadership viewed the Kenosha plant. People knew something had to change.

To kick things off, he gathered his team for a two-day workshop focused on clearly identifying the three to five Key Results that all employees should strive to achieve. Once all members of Kenosha’s management team were aligned around these organizational goals, Peoples broadcasted the Key Results to all plant employees, emphasizing that a culture of collaboration and a team mindset is the only way to drive success.

In the weeks following the meeting, the leadership team began spending time on the shop floor. At first, this shocked plant employees and made them nervous, but soon they came to expect management to be there listening, participating in brainstorming, and helping the team overcome obstacles.

These on-the-ground experiences demonstrated that leaders were serious about collaboration and team-driven results. It didn’t take long for new beliefs to form and translate into action — employees broke out of their silos and began working together to tackle complex problems and improve their overall safety. As a result, the plant became the lowest cost producer in the beverage network and there was a 75% reduction in recordable injuries. But the real icing on the cake? The Ocean Spray plant was recognized as “the best place to work in Kenosha County.”

By creating new, meaningful experiences for employees, the leadership team was able to catalyze the formation of beliefs such as, The leadership team at this organization is invested in collaborative problem-solving and My daily work contributes to larger organizational achievement, which benefits all of us. 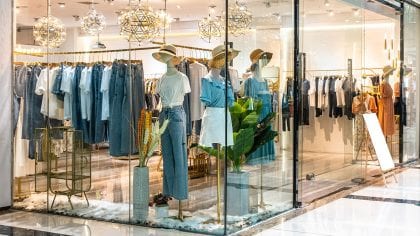 Every year, a nationally branded women’s boutique conducted a women’s suit contest — a month-long sales event challenging branch locations to compete to sell the most women’s suits. A district manager overseeing 10 Nevada stores had always come in dead last in the contest. Why? Because neither she nor her employees believed they could sell suits in Nevada.

When a new regional manager told her that the district managers fell into two groups — “owners,” who overcame hurdles and drove sales, and “renters,” who rarely moved the needle — and that she was a “renter,” the manager finally woke up. She realized that her failure to achieve desired results stemmed from an unwillingness to get the people in her region — including herself — to take accountability for achieving desired results. If she wasn’t demonstrating accountability, how could she expect her team to do so? She needed to shift beliefs of all the employees in her district.

With a commitment to flipping the narrative on accountability, she explained to her store managers that their collective beliefs that they were incapable of selling suits — and tendency to make excuses for their poor performance — were keeping them in a rut. Targeting the annual women’s suit contest as an event of which they all needed to take ownership, the district manager and her store managers became relentless in asking themselves and their employees, “What else can we do to deliver on target results?”

She visited each store to provide coaching and assis­tance to all employees, demonstrating that she was behind the effort 100%. She even installed “Think Boxes” in every store — places in which all employees were encouraged to share their ideas about what else could be done to increase sales.

Her employees internalized these experiences and adopted a “can do” attitude, eagerly brainstorming creative ways to draw more cus­tomers into the store, such as offering customers the chance to win a second suit for a penny. The results speak for themselves: the district finished in first place and, over the course of the next three years, it rose from the bottom 20% of the company’s 90 districts to the top 20%.

The Business Case for a Bottom-Up Approach

When leaders start at the bottom of The Results Pyramid and work their way up, results are achieved faster, more efficiently, and most importantly, they are sustained. That’s because leaders who tap into the hearts and minds of their employees and paint a compelling picture of success give their teams something to hold onto and to work towards. The proof is in the numbers.

When leaders engage their employees through meaningful experiences that draw a clear line between their beliefs, actions, and organizational success, business results soar.

To learn more about The Results Pyramid and how to accelerate change within your organization, read our book Change the Culture, Change the Game.

← Burnout in Healthcare: How to Stop Putting Patients in Jeopardy 4 Simple Steps to Creating Safety Accountability in the Workplace →