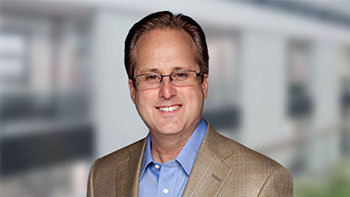 Fix It: Getting Accountability Right

How Did That Happen?

The Wisdom of Oz

Tom Smith is Co-Founder of Partners In Leadership and is a three-time New York Times Bestselling Author. He has co-authored the most extensive body of knowledge on workplace accountability ever written. His books are featured on numerous bestselling lists, including The New York Times, Wall Street Journal, USA Today, Publishers Weekly and Amazon.com.  Tom co-authored the classic New York Times bestselling book, The Oz Principle: Getting Results through Individual and Organizational Accountability, which has sold more than a million copies and is ranked year after year as one of the top five bestselling business books in the leadership and performance categories. He has also co-authored the New York Times bestsellers How Did That Happen? Holding People Accountable for Results the Positive, Principled Way and Change the Culture, Change the Game: The Breakthrough Strategy for Energizing Your Organization and Creating Accountability for Results.

Tom has lead Partners In Leadership to record growth year after year. Partners In Leadership has amassed thousands of clients and trained hundreds of thousands of people in more than 100 countries. Tom has personally conducted consulting engagements and workshops throughout the globe and is recognized as one of the worldwide experts on the topic of workplace accountability.

Tom is also a highly respected facilitator of senior executive groups and management teams. He has partnered with his clients to help them produce billions of dollars in improved profitability and shareholder value. Partners In Leadership clients include 25% of the “Most admired companies in the world,” almost half of the Dow Jones Industrial Average Companies, all 13 of the top 13 most admired Pharmaceutical Companies and nearly half of the Fortune 50 largest companies in the United States, along with many other well-known and highly regarded organizations.

He and his wife Becky have 8 children and 18 grandchildren.